Anatomy of a Federalist Society Complaint 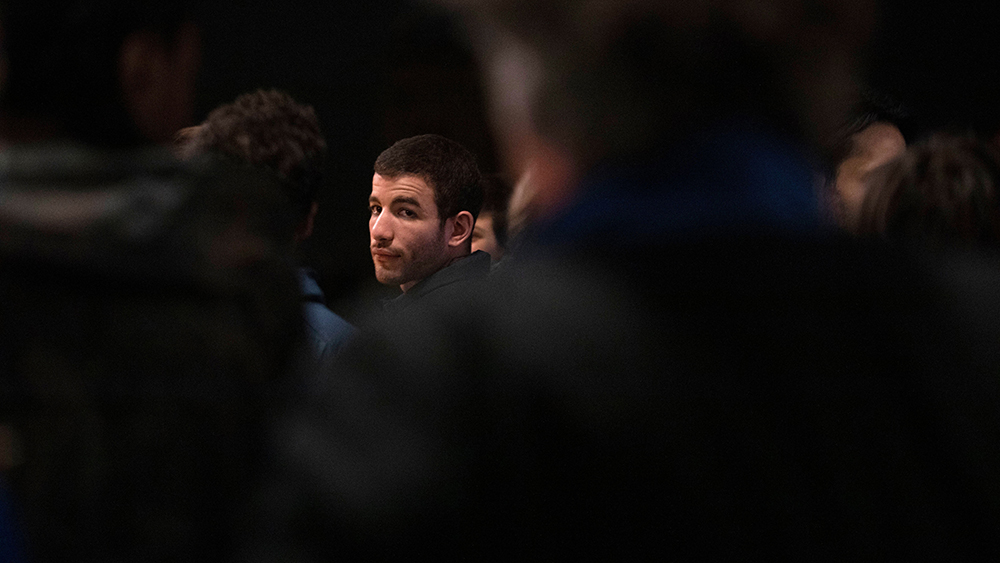 While this story is about the storm in a Twitterpot unleashed over the weekend, it can easily be lifted and dropped in the Federalist Society‘s next episode of defensive outrage. This weekend it was Slate, but next time it will be The Atlantic. Or The New Republic. Or Fancy Cat. No matter what triggers it, it will always happen over a few stages. Just save this post in your favorites for future reference.

Today’s episode involved an article in Nicholas Wallace’s Slate. You remember Nicholas Wallace, don’t you? Stanford Law School student whose graduation was suspended because a troika of Federalist Society members had feelings after producing a parody leaflet suggesting that prominent Federalist Society members were deeply involved in the January 6 riots simply because … prominent federalist society members were in fact deeply involved in the January 6 riots. Now a graduate, Wallace wrote an article titled Boycott federalist society, highlighting the role played by the organization in the preparation of the Capitol Hill putsch.

So signal the SocHeads that are coming out of the woods to scold anyone for approving this affront! And the seals opened, and the four horses of the Federalist Society defense rushed forward.

“What? We are just a non-partisan debate society!”

… I don’t know why he doesn’t understand the art of ending Tweets with full sentences but the salient part is there.

To some extent, it’s the byproduct of a ridiculous tax code that allows an organization so deeply tied to the MAGA universe that its president has taken time off to funnel even more black money into efforts to Trump to remake the court system to pretend it’s impartial in the name of preferential tax treatment. The American Constitution Society does the same, so I’m not going to blame the Federalist Society for playing the game at tax time.

But now is not tax time, so we can do without the regulatory fig leaf.

As an organization, the Federalist Society does three things: (1) set the pseudo-academic table for the MAGA movement; (2) recruit students to indulge their most troll urges – like making fun of sexual assault – while putting them on greased rails for the federal bench… regardless of their actual qualifications; (3) serve Chick-fil-A. Each of these is a political position.

The secretary will deny any knowledge of your actions

How does it feel to have a leadership position in this organization? You would think that would involve being selected for a position with some sort of… I don’t know… title of responsibility. But whenever the Federalist Society gets into trouble and the outer shield of the “non-partisan debate society” begins to crumble, members walk away from titles as if they were from a free and fair election.

We’ll go to the second point in a minute. As for the first one, what insane semantic complaint has it locked in here? In Wallace’s article, he only once mentions the “officers of the Federalist Society”, to say that a member of the executive committee of one of the organization’s practice groups and the head of the chapter of Pittsburgh were “officers”.

This is certainly what a normal person reading the situation might call them. But if these are not the specific individuals listed in the articles of the organization, this is a semantic error of the utmost importance, sir! One that surely undermines all other proven and justified claims in the article.

“Are you berating the liar?” Damn what a playwright. There is never anyone behind the curtain with these people.

But this answer also sets up the next major theme.

Look… We have SO many good ones too!

Jonathan Adler, who recently sniffed at his efforts to defend trans skepticism based on an internal org chart, is stepping into the fray to defend the organization’s lack of a moral compass because of its big tent principles.

And an allusion to the cancellation of the culture for the “and-1”! Yet like a falling tree in the woods, if you are a critic in an organization that waives all responsibility… is it really a thing?

“It is unjustified defamation”, Jonathan D. Urick tweets, referring to one of its articles. This is what he said in this article.

Because of these shared principles, many members of the Federalist Society courageously rejected Trump’s attempts to overturn the election. Across the country, dozen of judges appointed by Republicans, many of whom own appointees, dismissed the baseless election lawsuits. Off the bench, former appellate judge J. Michael Luttig, Vice President Pence’s attorney Greg Jacob, and Berkeley law professor John Yoo all informed Pence he couldn’t unilaterally reject duly certified electoral votes. Based on the Constitution erase text, they convinced Pence that he did not have such authority.

Hmm. Unfortunately for him, Wallace came with receipts:

Most notorious among the lawsuits that sought to overturn the 2020 election was Paxton’s challenge to the voting procedures of four other states, an unprecedented legal move that was summarily dismissed by the Supreme Court. Of the 17 Attorneys General who joined Paxton in this widely ridiculed effort, 13 are affiliated with the Federalist Society.

Because identifying how far a specific member is willing to go misses the point in two ways. First, we wouldn’t even be at this point if we hadn’t seen the Federalist Society carry out its decades-long mission of nurturing the academic rationale for the infringement of voting rights.

Second, and more importantly, the existence of dissident members fundamentally misunderstands what federalist society even is. What we will discuss in the next point …

Well, what about Black Lives Matter?

Well, just for an example, that sucks. Putting aside the racial baggage that is carried here, a distinction might be that of believing that “Black Lives Matter” is a principle and that the Federalist Society is a heavily funded organization of academics, law students and professionals. law. Guess that’s why they also like to cosplay as a movement without any hierarchy despite all the officers, but as we’ve discussed before, it sounds hollow.

The analogy would be more appropriate if we replaced “Federalist Society” with “Originalism” – it’s just as morally bankrupt, but at least it’s a loosely defined cause. Supporting the Federalist Society is not a principle, it is a club, and a club that uses your goodwill to advance bad apples. You might as well just stop and continue writing books about how great child labor was without lending your reputation to the project.

If you’re in the organization knowing this, then you’re a bad apple too.

And that’s all. We are not political, no one is responsible for anything, we cannot be held responsible for anything that we tolerate, and look… you are just as bad. Everytime. Soon there will be another controversy. I don’t know what it’s going to be, but somewhere between using insults in an event description and defending the forced sterilization of the poor, there is going to be something. And then this whole cycle will start again.

Joe Patrice is editor-in-chief at Above the Law and co-host of Think like a lawyer. Feel free to email any tips, questions, or comments. Follow him on Twitter if you’re interested in law, politics, and a healthy dose of college sports news. Joe also serves as Managing Director at RPN Executive Search.

Previous Cinema worthy of a purge: the fantasy of the right of the left
Next OP-ED: Trump supporters, cultural warriors and midterms | Op-Ed 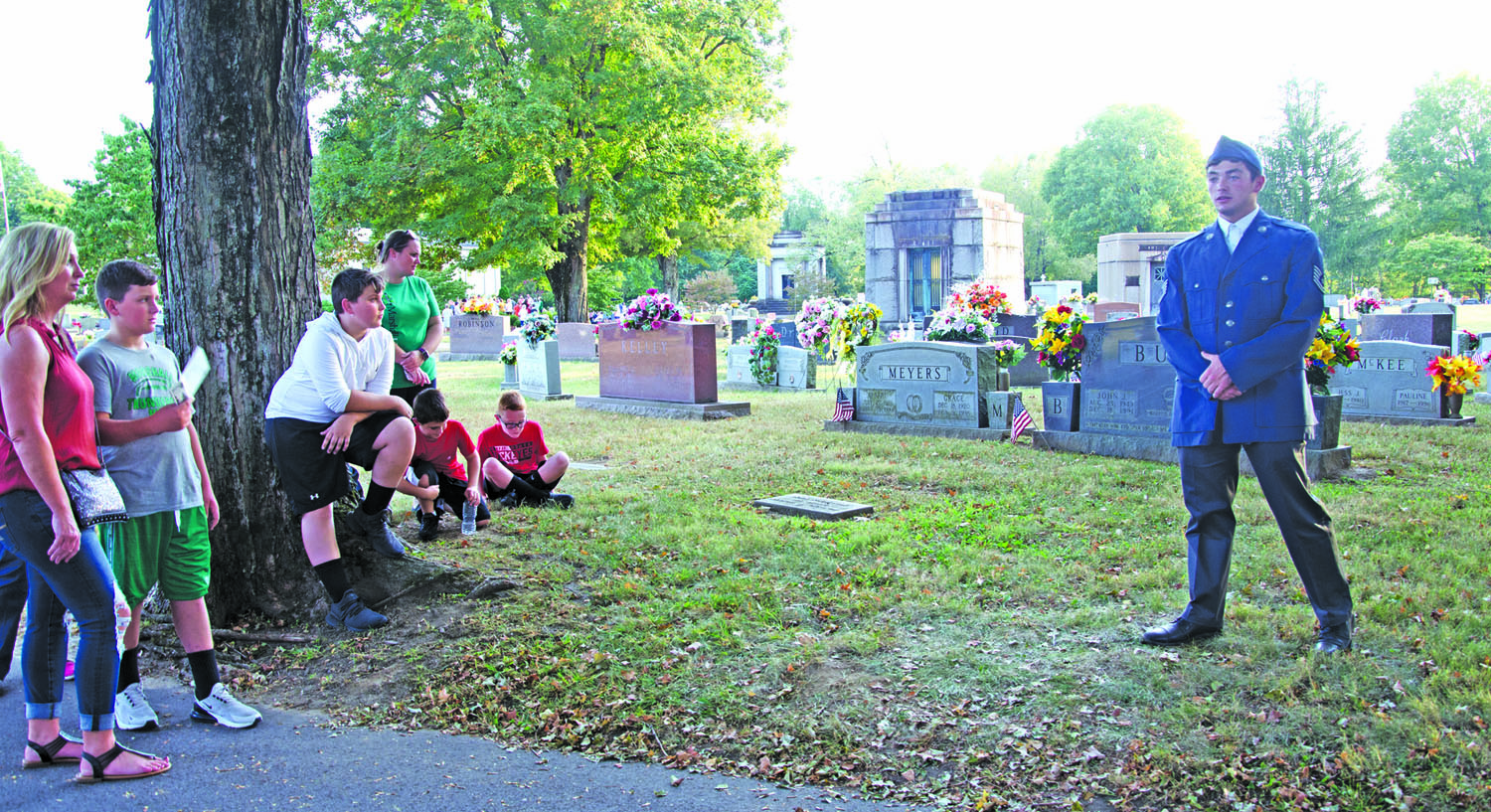 For more than two decades, the Lawrence County Historical Society has been organizing its walk …